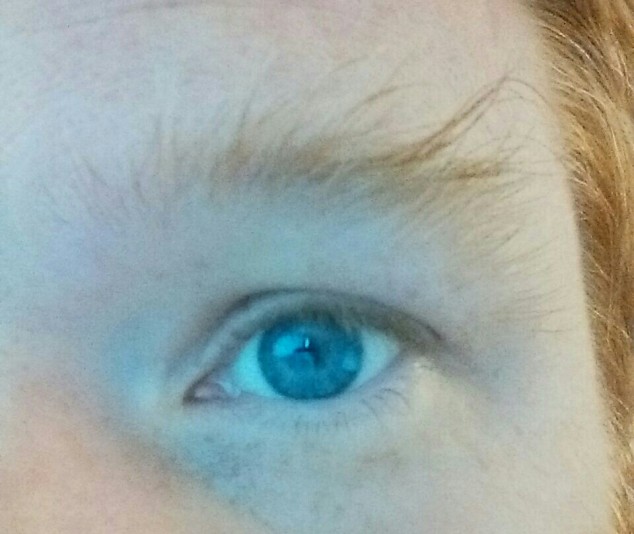 When my daughter was very young, she liked to grab my ears. I wasn’t able easily to locate the photo, but there’s a nice picture of the two of us from years back in which we’re walking around at the zoo. Well, I’m walking, and she’s on my shoulders, holding on by my ears. At about that time, she developed the occasional habit of rubbing my earlobes, which I suppose are soft.

I am a man who has little trouble growing hair, and my eyebrows can grow to be quite impressive if I don’t keep them in check. A few years ago, my wife let it be known that she preferred when I kept them a bit shorter, so I started getting them trimmed when I got a haircut. I sort of like when they grow a bit longer because it’s silly, but my wife is the one who most often has to look at my face, so I’ve happily deferred to her preference.

My daughter’s fondness for my ears has in recent years been joined by a fondness for my big spidery eyebrows. It started when she began getting allergy shots. For kids new to allergy shots, parents are encouraged to sort of kneel down in front of the kid for some reason, and the kid is encouraged to exhale while the injection is occurring. This arrangement gave my daughter a recurring opportunity to take note of my eyebrows, which I’ll confess I may have waggled at her a few times for comic effect to try to help take her mind off the odious shots. After a time or two of this, she began pinching my eyebrows a bit, and a new weird habit was born.

My wife and daughter have now expressed opposite preferences with respect to my eyebrows, which puts me in a bit of a tough spot. When I go for a haircut, whose preference do I honor? That of my wife who has to look at me or that of my poor daughter who I force to get bi-weekly injections and whose chief solace is this weird eyebrow ritual?

A few months ago, I made a deal with them. If the person cutting my hair mentions my eyebrows and asks if I want them trimmed, I say yes. If the he or she does not mention my eyebrows, I don’t mention them either, and they continue to grow. It’s been a couple of months since my last haircut, and my eyebrows are becoming very impressive (they’d be more so if they weren’t so light), the longest hairs an inch-and-a-half or so by my quick informal measurement. Just the other day, my daughter conceded that they had probably grown very nearly enough and added that once she could stretch them down to touch the tip of my nose, it’d probably be time to give them a bit of a trim.