I’ve written a few things now about D&D, most recently about my penchant for dice. Another big draw for me are the books. Here’s my collection so far:

They’re really beautiful hardback books with vivid art, imaginative world-building, all kinds of fake lore, and even some humor. The art has sure progressed over the years. Here’s an early drawing of a monster called a Beholder:

And here’s a spread from the Art and Arcana book showing some of the evolution of the Beholder art over time: 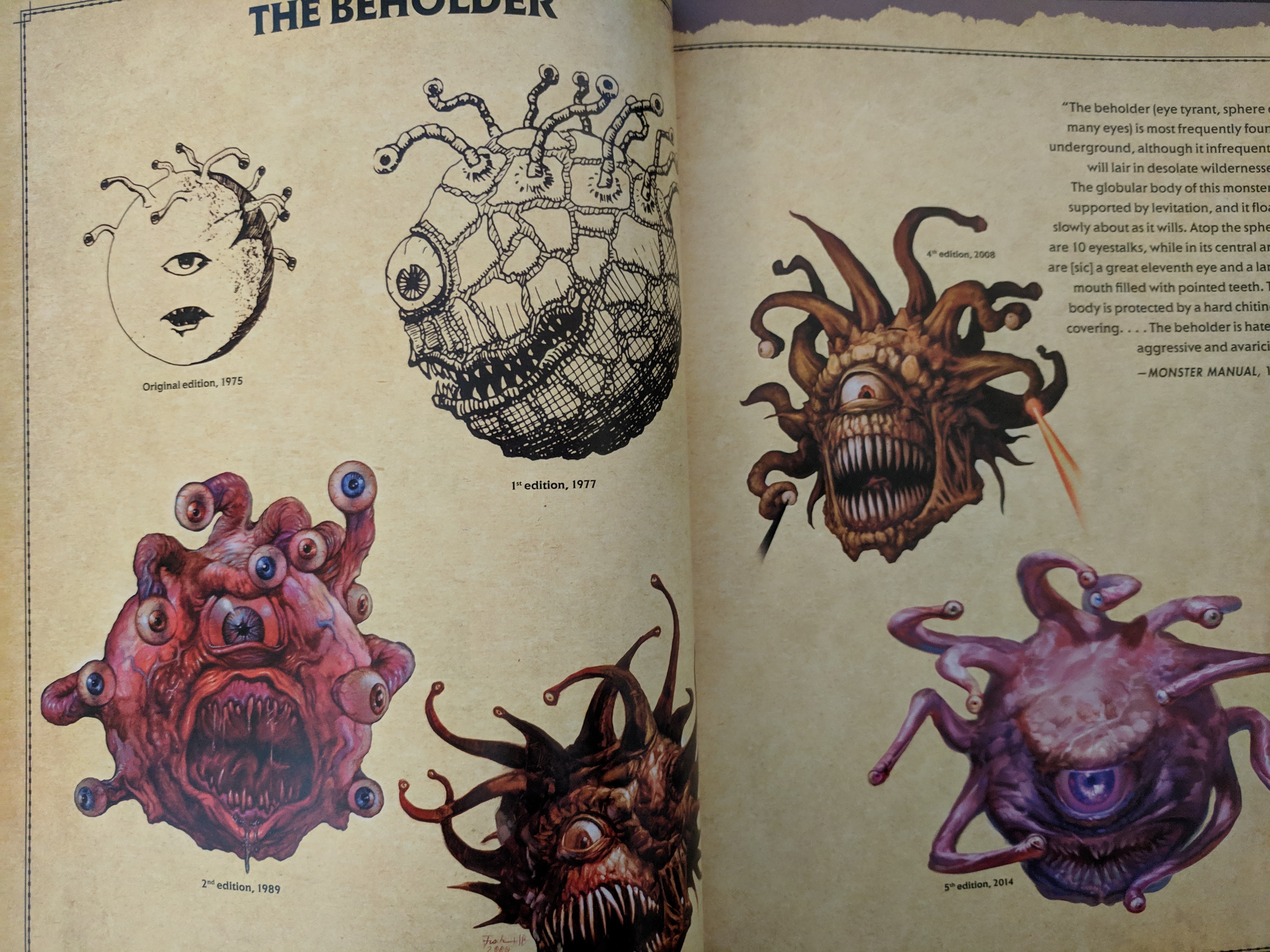 And here’s the art of a Beholder from the latest Monster Manual:

That’s quite a difference in art quality over the years! Here’s an example of a description and art of a creature called a Tabaxi. It’s gorgeous and comprehensive and really helps bring the creature to life. The thought that has gone into crafting creatures and environments and religions and planes of existence and magical items is really impressive. 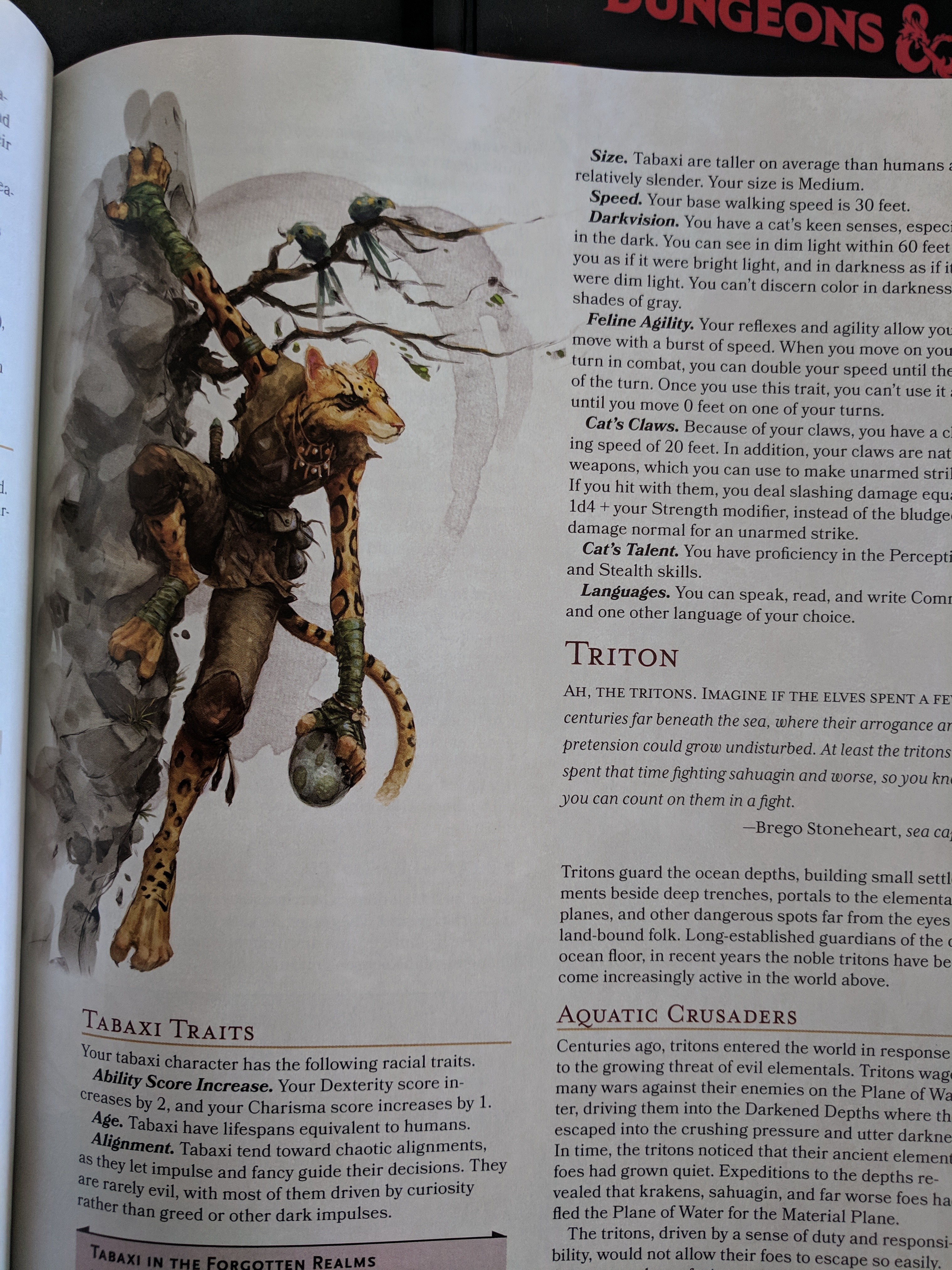 Some books are devoted to describing rules or creatures, but there are also adventure books that guide you through a bunch of encounters, landscapes, dungeons, villages, and so on. Here’s one map (of many) from one of the books I own:

And here’s a map of a whole walled city:

The adventure book I pulled these from has easily a dozen or two such beautifully rendered maps.

I’m a sucker for the front-matter in books. I actually read the copyright and similar stuff, and sometimes doing so turns up little touches like these:

I don’t especially love the style of the writing in these blurbs, but I appreciate the silliness and the attention to detail.

All of this is just to say that D&D has been enjoyable to me not merely because it’s a hobby my son and I have done together and not merely because of game play itself or even because of fun things like dice, but also because there’s this whole culture of art and writing and world building in these books that really appeals to me. In short, it’s a really well fleshed out hobby that’s turning out to tick a lot of boxes for me.