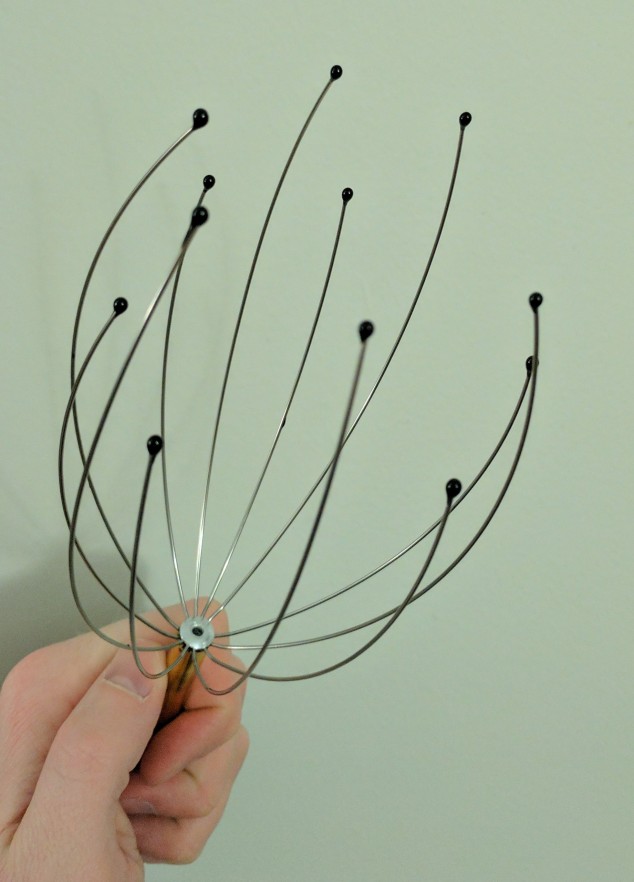 This weekend I celebrated a birthday that pushed me into a new decade. By “celebrated,” I mean that I did some chores and did some things with and for my lovely family and finished a book I was reading and read the first third of another book, which is all pretty solid stuff to have done.

There were cupcakes and there was pizza and there was grocery shopping and sweeping and vacuuming and a little bit of saying “clean your room or you can’t go outside and play with your friends for a week,” pretty typical old man fare.

We finished a family read of a book I wasn’t much enjoying reading, which cleared the decks for Animal Farm, which I’m really pleased (and also horrifed) to be rereading (to my children, to my goddamn children — all Americans are equal, some are more equal than others).

My family and some close friends gave me some nice gifts. I have a device now that will let me pour beer from cans and bottles as if from a tap, which is kind of neat. I have a set of whale bookends, which are pretty well-placed given my penchant for Moby-Dick. For a while now, I’ve wandered about the house saying things like “Alexa, pour me a beer” and “Alexa, cure my back pain” and “Alexa, vacuum the whole house, thou cursed varlet” after a friend got an Amazon home intrusion device a year or two ago and I was introduced to the voice-activated home. We got the little dot device for my daughter this year, and now I have this giant soundphallus on my mantel that answers my every vocal command. Although I was really being absurd and not actually hinting when parading about shouting fake commands (I was more like pretending to channel Star Trek), it is kind of cool to be able to holler “Alexa, play the theme song from Gilligan’s Island” and have that venerated show’s music fill my house or to ask generally “why, Alexa, why?” and have her say in soothing tones something about white guilt and the rising tide of stupidity and something something trumpstinction of the masses or to say “Alexa, is the NSA listening to my every word” and have the device kind of do this sort of nervous bloooop sound and seem to shut down (this has actually happened a couple of times). So but seriously, it’s kind of neat to be able to say “Alexa, when was Balzac born” or “Alexa, play Silversun Pickups” and have her/it (It. It’s definitely an it and not a her, right?) respond appropriately, and I’m pretty ambivalent about the surveillance aspect (like, I’m sort of afraid to say “Alexa, could you contrive to make Trump suck on his own anus until, Ouroborus-like, he becomes sort of a singularity or disappears into his own anus-like mouth and we never have to hear his inane honkings again” for fear of being SEEN IN COURT). Anyway, so I got an Amazon echo, and it’s very neat when I compartmentalize and don’t think about how creepy it is. Makes me feel like I’m living in the future, though I STILL WANT MY GODDAMN HOVERCAR.

But maybe my favorite thing I got is the head scratcher thing depicted above. I know a couple of people who’ve had these things for a few years, and I’ve always liked them, though as a person not super stoked about sharing scalp detritus, I’ve not always loved sharing them. You position this device sort of hear the crown of your head and then press it down, and it opens and gently tickles your scalp, sublimely. Makes my eyes roll back in their sockets. I love it. I had mentioned this thing to my son as a possible gift back in November, during the obligatory period of dropping oblique hints to your loved ones about the things you hope they’ll think later to purchase for you. I didn’t get this for Christmas as I had sort of expected, given what was essentially a directive for him to tell his mother to get me this delightful appliance should  nothing else emerge as an obvious pick, but the fact that two months later, he remembered, warmed the cockle (I have only one) of my heart. I keep it on my desk and used it maybe two dozen times today to soothe myself when I felt the urge to primal scream.