I’ve come across a few artists lately whose work to represent the human form really amazes me. I remember drawing a few sketches of human faces as a teenager that were nowhere near even vaguely realistic (in spite of my best attempts) but that didn’t embarrass me utterly (at the time, I was sort of proud of a couple of them in spite of their vaulted foreheads, their ridiculous chins, their pencil-carven noses, their ashen complexions). What these artists do to capture the human form (or face) is astonishing.

He shows more absence in this piece than presence. With circles and arcs, a few curves, and some white space, he creates an image of a woman transported. I’m no art expert, but the impression I receive from his work is that he’s something like the love child of a draftsman and a spirograph enthusiast. I marvel at every piece, cannot conceive of how he does it. 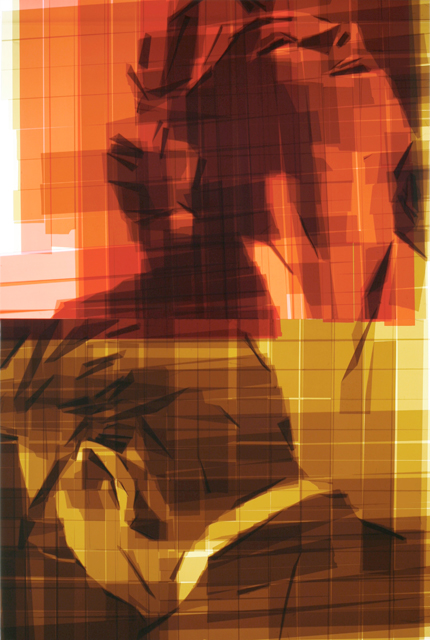 He makes his art by layering packing tape over backlit acrylic sheets. He creates curve and gesture, light and shadow — with tape. There’s a degree to which the majesty of the human mind gets some credit for the impressions his art leaves, but I am so very taken with how he can bluntly apply his simple materials to goad the gullible mind into seeing what he would have us see.

Up next, Lui Ferreyra:

Ferreyra, like the prior two artists, uses geometry and shading to capture form and somehow attitude or mood. He seems to have several modes of work. Here I’ve chosen my favorite, the geometric, but he also has remarkable pieces that resemble the painting books we received as children in which by applying water to inked areas on a page we seemed to paint a picture and pieces that are more like simple line art. 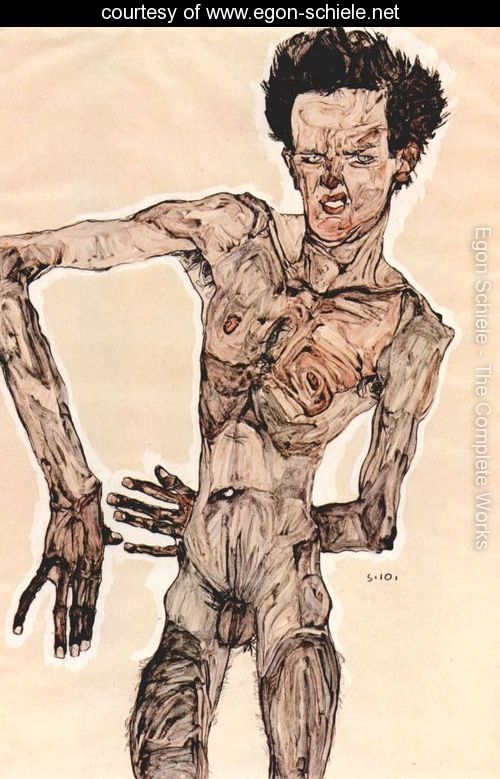 Schiele is apparently famous and nearly 100 years dead and I am a philistine for not having known his work before. The pieces I’ve looked at have been disproportionate and raw and grotesque, very human for all their muddled monstrosity. Leaping 75sh years past Schiele’s death, it’s hard not to see echoes of his work in the old MTV cartoon Aeon Flux, his ragged post-WWI dystopian horror reflected in that jittery dystopian futurescape.

One thought on “The Human Form”