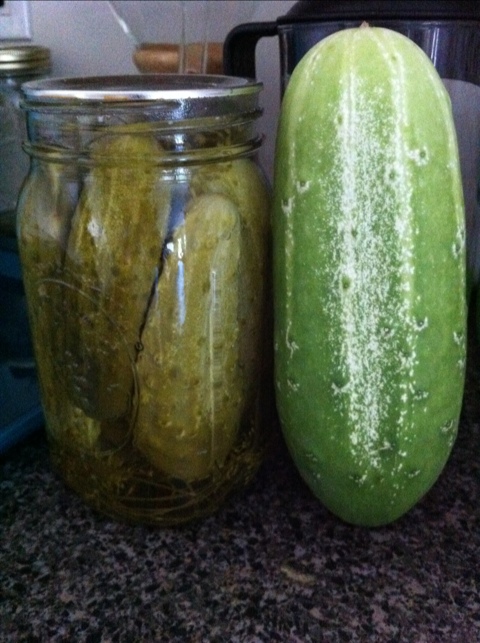 Sometimes we overlook a cucumber hiding under a leaf in the garden. We're gonna need a bigger jar to turn this one into a pickle.